In our little galaxy of Star Wars Destiny, decks are categorized by their win conditions. Aggro decks just deal damage as their win condition. Midrange decks also deal damage for the win, but they focus on preventing damage and outlasting the opponent. Control decks don’t look to deal damage usually and hope to completely regulate what the opponent is able to do. The win condition of putting all of an opponent’s cards in their discard pile is usually a Control win condition, for example. In this three part series, I’m going to look at each category and describe the best characters, upgrades, supports, and events for each one. Let’s Force-Jump in!

If we look at the three main archetypes in terms of difficulty to pilot, Aggro decks can be described as Padawan, Midrange as Knight, and Control as Master. Does this mean anyone who plays Aggro (such as myself) is just an apprentice in the ways of Destiny? Certainly not. There is a fine nuance to squeezing as much damage out of each round as humanly possible with the goal of melting your opponent’s characters. However, Aggro decks do not punish you nearly as much as Control decks do for making a misplay. The amount of brain power to know when to hold ‘em, know when to fold ‘em, know when to walk away, know when to jump into the garbage chute, for example, can take its toll on the pilot, especially in a large tournament where you are playing anywhere from six to twelve games in a day.

One of the reasons I personally don’t prefer to play Control is that some of the best Control characters do not have natural damage sides. And the best upgrades in Control do not have damage sides. This makes me… uncomfortable. Your opponent has free reign the entire game, win or lose, to roll out with their characters and any upgrades that may stick on them. And I have seen what an Obi-Wan Kenobi – Jedi Master with two Shoto Lightsabers and an Obi-Wan Kenobi’s Lightsaber is capable of. But your job as a Control player is to take those toys away and keep them away, or at the very least neutralize them while you carry on with your strategy.

And what is your strategy as a Control player? That, as good ole’ Dexter Jettster would say, depends. If you are playing Villains, you are waiting for the resources to use Crime Lord so that your underlings do your dirty work for you. Or you may be playing Heroes, in which case you are General Rieekan – Defensive Mastermind and trying to weather an Imperial assault while you wait for your troops to evacuate. (Side note: For some reason, I would love to see Dexter as a mill-type character with a Dexter’s Diner support). But one thing is for certain. Shields and damage mitigation are your life line. Once you run out of those, it’s game over.

Thrawn – Master Strategist, Yoda – Wizened Master, (formerly) Unkar Plutt – Junk Dealer, General Rieekan – Defensive Mastermind, and Jabba the Hutt – The Great and Mighty are currently the top Control characters at the moment. I say formerly for Unkar Plutt because since the Balance of the Force increased his character value form 10/13 to 12/15, he doesn’t have a very good character pairing at the moment. But Thrawn and Unkar (or Thrawnkar) was the most oppressive deck this game has seen, and there are more than a few people who are very happy to see that paring go the way of Alderaan.

While those are some of the best main characters for Control decks, there are a lot of support characters that help them accomplish their goals. My favorite deck at the moment is Thrawn and Mother Talzin – Nightsister Matriarch. It is a softer form of Control than Thrawnkar was (in fact, the only thing those two decks have in common is Thrawn), but one thing I can’t deny is the amount of resources that Control decks can crank out. And when Jabba the Hutt has Crime Lord and 5 resources, you better focus your efforts on preventing the Crime Lord special from taking away your characters.

Control decks don’t usually bother too much with upgrades, but there are some pretty universal ones that get sprinkled in. Chance Cube, for example, is great with Control characters because they usually have focus sides that will take away the chance aspect and grant you 3 resources. Personal Shield and Crime Lord (as I’ve mentioned earlier) are great for Villain decks because they can help protect your characters. Seventh Sister – Agile Inquisitor has Maul’s Lightsaber? Personal Shields prevent the lightsaber power action and Crime Lord takes her out all permanent-like. Jabba and Count Dooku – Devious Strategist used to be the go-to Villain mill in Awakenings, and it’s really only a few good mill events away from being a strong deck. Other upgrades for Control Decks include Scout for Hero mill and Force Illusion for protection. And C-3PO is the poster child of Hero mill, capable of discarding entire hands of cards as he complains about your odds of winning.

Events are where Control decks really focus. I talked last week about how Midrange wants the best mitigation package available as it waits for a huge amount of dice to throw at the opponent. However, Control decks in general and mill decks in particular live or cry by the amount of shields and mitigation cards they can generate. When you are playing a mill deck, for example, your opponent’s characters are there for the entire game, and you have to find a balance between using mitigation vs shields in the early to midgame so that when your opponent plays those big upgrades, you have an idea of how to not get hit really, really hard with them. And not all mitigation cards are created equal. Into the Garbage Chute is wonderful… if you have three characters. Hasty Exit is awesome… if you have control of the battlefield. Unbreakable can’t be beat… unless you have no shields. And He Doesn’t Like You trades your worst die for your opponent’s best die… if you have a die in the pool you are willing to give up.

Since so many mitigation cards can be very situational, the sequence of playing a Control decks is extremely important and can mean the difference between victory and defeat. But I will not lie and say that navigation of that maze of decisions isn’t a blast. In fact, when I play my Grand Mother deck (eThrawn/eMother Talzin), I get the feeling that I’m flying through an asteroid field and one bad decision or the slightest misplay will send me crashing into a huge space rock. How’s that for a thrill!? 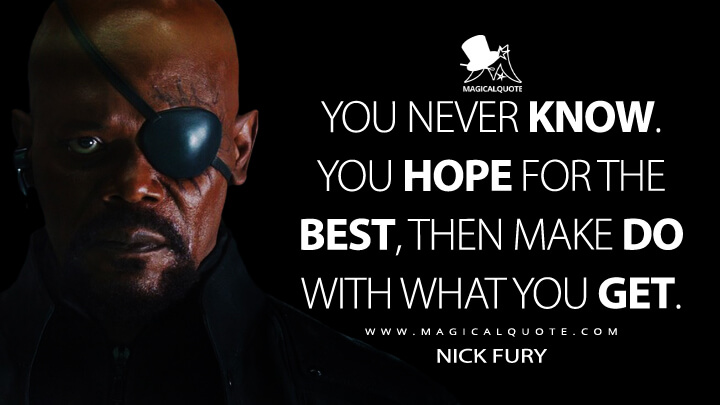 And there you have it, folks. We have the holy triangle of CCGs, the three rings of government, the series of checks and balances that keeps the house of cards from tumbling down. Fast burning Aggro decks prey upon slow, methodical Control decks. But measured, shielded Midrange decks can weather the Aggro storm and prevent them from domination, while Control decks are able to outlast Midrange decks to keep them from supremacy. Star Wars: Destiny, in its current state, is an intricate game of Rock/Paper/Scissors. However, the great thing about the current meta is that any deck can be piloted to victory with enough luck and skill. Pick your favorite deck archetype and enjoy your battles among the stars!

That’s all I have for now! Now hope for the best and make do with what you roll.