At the end of “Avengers: Infinity War” we got a tiny glimmer of hope in a post-credits scene. Nick Fury sends out a signal on a very old pager with a red, blue, and yellow symbol on the screen. Astute eyes (or quick Googlers) knew it to be the symbol of Captain Marvel, one of the powerhouses of the Marvel universe and apparently Fury’s secret weapon.

Say what you will about the DC Extended Universe, (“That film universe is a total mess that lacks a coherent vision and whose movies can’t settle on unifying tone or style” – there, I said it for you) but DC accomplished something before the Marvel Cinematic Universe. Marvel released “Captain Marvel” in 2019 and it is the MCU’s first installment to feature a female solo lead (“Ant-Man and the Wasp” is a pair, it doesn’t count) and it took them twenty-two movies to do it. Two years before “Captain Marvel”, DC released “Wonder Woman” which was the fourth installment in their universe. Regardless of which one you prefer, it is kind of absurd that it took the MCU this long to create a female-led movie especially when Black Widow has been RIGHT THERE THE WHOLE TIME!

“Captain Marvel” was written and directed primarily by Anna Boden, stars Brie Larson as the titular character, and sets out to answer a very important question from the post-credits scene of “Avengers: Infinity War”: Why did Nick Fury use his final moments before turning to dust to signal Captain Marvel? Unlike “Ant-Man and the Wasp”, we are going into this movie with the expectation that it will tie into the larger Infinity Arc, even though it takes place in the ’90s.

Jude Law plays the villainous Kree Yon-Rogg, Ben Mendelsohn is the sort-of-villainous-but-not-really Talos, and Annette Bening is Wendy Lawson/Mar-Vell. Samuel L. Jackson has a significant supporting role as a young Nick Fury, and Clark Gregg is back as a young Phil Coulson! Last time we saw him he had a spear in his chest so this is definitely an improvement.

Captain Marvel is an origin story without some of the tropes. At the movie’s start, Carol Danvers (at the time known as “Vers”) lives on the Kree homeworld believing herself to be a Kree and already with her powers (We never get an answer in the movies as to why some Kree look human and I guess at this point we just never will). She is told that the Supreme Intelligence, the Kree AI leader/god gave her those powers and controls their use. This means we can skip the spider-biting because she already has the flashlight hands.

The movie follows a couple of threads. The first is Vers becoming stranded on Earth and unraveling the secret of her identiy: she is not Kree at all, she is a human fighter pilot named Carol Danvers and the Kree have been manipulating her in order to study her powers. As a human she was studying under a Kree named Mar-Vell whom she thought was a human working on advanced hyperspace technology, but a Kree attack resulting in Mar-Vell’s death led to Carol accidentally getting her superpowers and losing her memory. The second thread is the Skrulls, who are introduced as subversive invaders who flood into planets using their shape-shifting abilities in order to infiltrate them and take over. This is the thin justification the Kree give for bombing the bajeezus out of any planet on which a Skrull is spotted, except we later learn that the Kree are the aggressors and the Skrulls are mostly refugees in search of a safe homeland. If you can’t read the political subtext here, I don’t know how to help you.

“Captain Marvel” is overtly female-empowering: the soundtrack features mostly female artists from the ’90s (with a notable Nirvana exception) including an on-the-nose “Just a Girl” by No Doubt that is perfection. In the movie’s climax we see a montage of all the times in her life she has fallen down, followed by her always standing up. Maybe it’s because of the film’s whole ’90s vibe, but every time I see it I am reminded of Buffy’s “Slayer’s, every one of us” speech. The end of the movie answers that question: Why did Nick Fury call Captain Marvel? Because she single-handedly destroyed all of the incoming Kree missiles and showed that if necessary she could have taken out the fleet of Accusers. The movie is also chocked full of delightful ’90’s references – Blockbuster, a slow computer, a pager – and the kinds of jokes you can only make in a prequel that has an extensive canon in its chronological future. Oh, and Nick Fury has a thing for cats, which is dope.

My only complaint is that some of the CGI felt a little uncanny valley. I realize this is nitpicky but in a universe in which we are subjected to every crack in Thanos’ chin, can we not do a slightly better job with Captain Marvel’s space suit?

I can’t remember who I had this conversation with, but I very clearly remember a friend saying that their only complaint about the movie was that in the final confrontation with Yon-Rogg, when he taunts Danvers and tempts her to fight him without her powers, that she did not take him up on the challenge. They said something along the lines of: “If she had fought him like that and beaten him she could have proven she was really better,” and I just remember thinking: 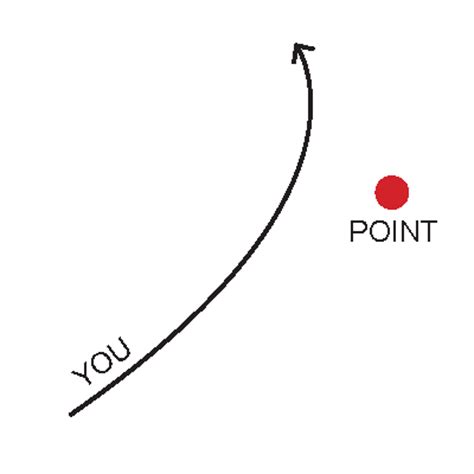 That scene comes on the heels of Danvers unlocking her full potential. The people around her have been holding her back for as long as she can remember (quite literally, because of amnesia) without telling her and without her permission. Now she has discovered that not only does she not need them, she is stronger than them. Danvers is absolutely right when she replies “I have nothing to prove to you.” Rewatching this movie with the end in mind shows you just how sinister Yon-Rogg’s rules are. When he’s training Danvers he tells her “Don’t give into your emotions”, one step from “Don’t be hysterical”, the sort of trope women don’t actually need to be told by men. She has gifts Yon-Rogg doesn’t have, so he spends years telling her she is not allowed to use them or they’ll be taken from her. I have a feeling that a lot of women have been in situations, whether they realized it or not, in which men in positions of power in their lives have kept the playing field intentionally un-leveled and then told them it was their responsibility to adjust.

Captain Marvel’s response? Don’t follow their rules. Don’t even level the playing field. Use your power to blow the whole playing field up. I mean, in your case probably not literally please. It’s a metaphor.

If you enjoy this article and would like to support this writer, please check out our “Support a Writer” tier over on our Patreon page and select david.holland.

Also please consider joining our Discord channel, to discuss this article and more.