Now that we are all stuck inside for the foreseeable future, I thought it was a good time for a trip down memory lane. I’d like to take a look at the Marvel Cinematic Universe movies and see how they’ve held up. I figure I’ll see how far I get before I actually get to leave the house again, so without further ado…

Casting can make or break a franchise – Adam Driver as Kylo Ren, Hugh Jackman as Wolverine, Harrison Ford as Indiana Jones, for example. So when it came time for the brand-new Marvel movie studio to pick the face of their first film in the Avengers universe they went with… 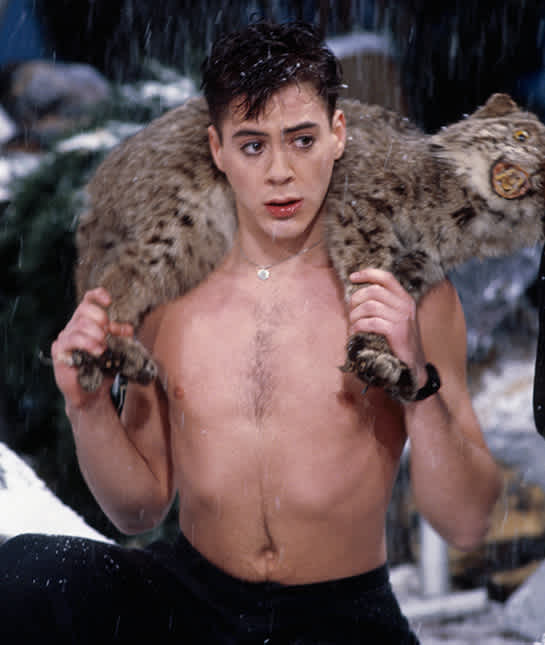 the son of an absurdist, counter-cultural filmmaker, an SNL washout whose successes in his youth were overshadowed by his substance abuse and legal troubles.

It’s hard to think back to 2008 and remember how much of a gamble this was. Robert Downey Jr is obviously talented, but it wasn’t clear that he could jump-start an ensemble franchise on his own, especially as a character who wasn’t as recognizable as Captain America or Hulk to the average non-comic book reader. But RDJ carries this movie, making Tony Stark an entitled, arrogant, unlikeable jerk through the first act and then bringing the audience with him when he turns on a dime after his rescue.

How does it hold up?

I’m sure I’ll say this again at some point in The Great Quarantine MCU Rewatch (GreQuarMaRe, for short) but every superhero origin story shares at least a few similarities with every other one. There’s life before the turning point, there’s the traumatic moment, and then there’s the climactic battle with evil. You can’t mess with this formula too much if you’re going to tell an origin story, so all of them come out feeling kind of similar and you can just swap out main characters. But it’s hard to argue with since the formula usually leads to success.

That being said, Iron Man plays all the origin story hits and does so very well. I’ll try to avoid making this political but it did make me uneasy when the movie opened in the midst of war-torn Afghanistan back when the war was only seven years old, unlike today when it is currently old enough to vote. Other than that, we get a Scary Businessman, Evil Terrorists, Traumatic Loss, and Awesome Guitar Riffs. If you’re looking for a fun superhero origin, you could definitely do worse.

Marvel movies aren’t known for their subtlety, and that starts with the first one. Yinsen, Stark’s fellow captive and pseudo-mentor basically tells us the theme multiple times throughout the cave sequence. He asks Tony what will be the legacy of the “great Tony Stark” and as he’s dying tells Stark not to waste this new life. This is the Rubicon for Tony, the turning point beyond which he shuts down Stark Industries’ weapons production and builds the Iron Man suit.

It’s interesting to consider Legacy in the context of the larger MCU. The tease from Nick Fury at the end of the film that this is building toward a larger multi-film franchise culminating in an ensemble Avengers movie was ambitious to say the least. In 2008 when Iron Man came out, the Harry Potter franchise was five films and three directors in. Star Wars had created two trilogies but decades apart. Iron Man sort of changed everything. These days Marvel movies are considered money printers, but in 2008 they were untested and unfamiliar and the success of Iron Man, much less the legacy of the Avengers, was very much in doubt.

It’s easy to complain that we live in a world of reboots, sequels, prequels, spinoffs, and monstrous franchises that push out new ideas. I’ll admit that I’ve complained about this before, and there’s no doubt that this is part of Marvel’s and, by extension, Iron Man’s legacy. But there’s more to this legacy than just recycled storylines and reboots galore. The Marvel movies are fundamentally about hope, about the triumph of good and evil, and about making lots and lots and LOTS of money.

But seriously, in a world that is increasingly uncertain there is something refreshing about stories that remind us that there is good in the world and that evil can be defeated. It sounds trite to say, but that is part of what makes Tony Stark such a great messenger. He doesn’t do trite, he does snarky, witty, and wisecracking, all while committing himself to doing what is right.

So that’s all for Iron Man. There’s how many of these left? Twenty-two? Ohhhhh boy…